Students work hard to get a place in their dream school, and a Title IX case concerning sexual misconduct can snatch all that hard work away in an instant, leaving the student’s future in jeopardy. Although after having been notified of the sexual misconduct complaint under Title IX, the school will offer an advisor, which lowers the necessity of hiring a Title IX lawyer. But it is essential to do so as the advisor appointed by the school would not have the accused’s best interest in mind and will only ensure that the process is completed smoothly. Consulting with an attorney will also clear all the Title IX FAQs that ponder on the mind of the accused, thereby imparting necessary legal knowledge and advice.

When To Hire A Title IX Lawyer?

To answer this in the simplest term is as early as possible. Delay in consultation with a lawyer will reduce the chances of a better case outcome. As per federal law, the schools must take a quick and fair investigation of the cases concerning sexual misconduct. A time period of 60 days is offered for the successful and prompt completion of such claims, which is a short time because, within this time, the student’s life can be overturned. Therefore, contacting an attorney should be undertaken as soon as possible.

Reasons That Make Students Hesitant To Contact An Attorney At the Earliest:

Often a student is wrongly accused in a sexual misconduct case. As a result of being innocent, they might think that the school’s investigation team will take care of it naturally and the case findings will clear all the accusations. Some other reasons include reluctance to let the parent or the family know about the charges, wrongly assuming the charges to be mild, or push from the school to sign a statement admitting the responsibility of the offense promising that the sanctions will be mild.

But the truth is that none of these reasons is justifiable. Firstly, although the Title IX investigations on the part of the school claim to be fair, they aren’t always. Secondly, securing the support of the family is crucial for moral and emotional support while fighting the case. Thirdly assuming the sexual misconduct charges mild would be the biggest mistake as such acquisitions would be included in the academic record and can prove fatal in the future. Fourthly students’ should not sign any statements without consulting a Title IX attorney. 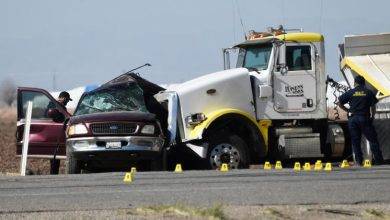